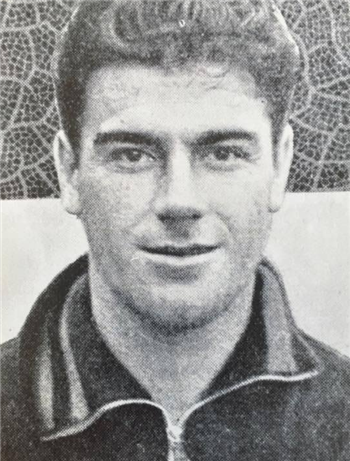 Lionel Van Praag won the inaugural World Speedway Championship at Wembley on 10th September 1936. The Championship was decided by bonus points accumulated in previous rounds. Despite being unbeaten in the final, Bluey Wilkinson was not crowned Champion. Bonus points accumulated by Van Praag and Langton took them to the top of the standings and into a run-off (Match race).

As they lined up at the tapes, Langton broke them which would ordinarily lead to disqualification. However, Van Praag stated he did not want to win the title by default and insisted a race should take place. At the start Langton made it to the first ad in front and lead until the final bend on the last lap when Van Praag ted through the smallest of gaps win by less than a wheel length.

Afterwards, controversial allegations abounded that the two riders had ‘fixed’ the match race, deciding between them that the first person to the first bend would win the race and the Championship and split the prize money. Van Praag’s overtake quashed the rumours.

He placed seventh in the 1937 World Final and fourth in the 1938 championship. The 1939 final was cancelled because of the outbreak of WW2 but Lionel was at the time sharing third place on points with three other riders. He returned to England for one more speedway championship season after. the war, but retired from competitive motorcycle riding in 1950.

On the 26th January 1942, Sergeant Van Praag was the co-pilot of R AAF DC-2 A30-8 when it was attacked by a Japanese aircraft and forced to ditch in the Sumba Strait while on a flight from Surabaya to Koepang. Although some, including Lionel, were wounded, the entire crew survived the ditching to endure thirty hours in the ocean while fending off shark attacks. For their bravery in securing the survival of their crew, the aircraft captain, Flying Officer Noel Webster and Sergeant Van Praag were both awarded the George Medal. A full account of the incident appears in the book “...And Far From Home” by John Balfe who flew with Lionel and had this to say of the man:

“I had known Van more than I had Noel (Webster) and, in flying with Van, had perceived in his slight, wiry form a man of particular capacity and directness. He cared nothing for false values in anything or anyone and did not hide the fact. I found him only a week out of hospital (after the DC-2 ditching) but already back in a comprehensive engineering workshop that he had behind his unpretentious home on Botany Bay’s northern shore. He had plant and equipment there to whet the appetite of any metal engineer.

One of the real Australians, Van had led a hard and dangerous life racing motorcycles from early manhood and lived to standards that he had not relaxed. He was a moderate in thought and habit and held in quiet contempt those who were not. He valued his friendships above human faults, but chose his friends carefully and for the most part made them for life. His mind and memory remained sharp and retained an accuracy in detail that I had first noted flying with him in 1943.”

After recuperating from the ditching, Lionel returned to flying C-47s with No 36 Squadron RAAF out of Townsville. In February 1951 he combined his aviation and speedway interests by contracting with Empire Speedways to carry the Great Britain and Australian competitors, along with their bikes and toolboxes, between the various Australian speedway venues in a Lockheed Lodestar. In 1957 Lionel began flying aerial top-dressing flights in a Bristol Freighter. This same aircraft was lost in December 1961 when it crashed at Wollongong after an engine failure on a freight flight. Lionel and the rest of the crew escaped injury but the aircraft was written off.

He later flew for an airline in Pakistan for a year before returning to Australia.

Lionel Van Praag, joined Adastra around 1962 as a pilot and later became Chief Pilot. In 1968 he retired to his own island, Temple Island, south of Mackay. In 1973 he ferried Hudson VH- AGJ from Sydney to the Strathallan Museum in Scotland.

Lionel Van Praag was born on 17 December 1908. He passed away in Royal Brisbane Hospital on 15 May 1987 from emphysema.

On the 21st July 2000, Government of the Australian Capital Territory decided to honour several Australian sportsmen and sportswomen with the naming of streets in the Division of Gordon, A.C.T. Included amongst the new street names was Van Praag Place.