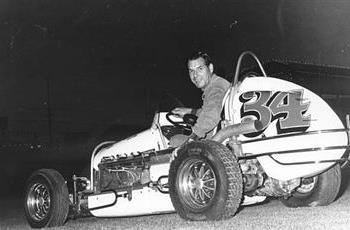 Alan Streader’s speedway career started on Sidecars at Broken Hill in the 1950’s. Moving to Sydney and competing in Compact Speedcars, he won a total of four Australian and 17 state titles over a three-decade span. He also raced the bigger capacity Speedcars in their 1960’s heyday at the Sydney Showground, with further success into the 1970’s.

Affectionately known to his fans as ' The Red Baron" because of the flowing red scarf he wore, he built up quite a fan base over the years, with his riding and driving career spanning a total of over 50 years. Now involved in the Vintage Speedway movement, Alan is still an active administrator in his late 80’s, with a lifelong record of success to reflect on.