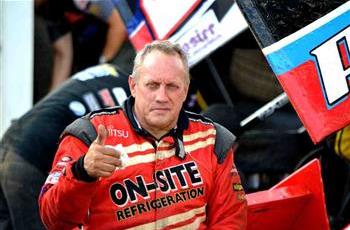 A racer since the age of 7, Warren’s speedway career commenced in Fender Benders at 25 and at 28 he drove the Ross and Yvonne Raynor owned Speedcar for 2 seasons before purchasing a 4 bar Speedcar built by Geoff Murphy with results launching him into an International Speedway Career.

Ekins dominated the Australian Speedcar scene in the early 1990’s winning 4 Australian Championships in 90, 91, 93 and 94. Ekins would add 5 Northern Territory State Titles and 2 South Australian Titles to his resume and is the only Australian to win the World Midget 50 lapper in New Zealand, a win he credits as his career highlight in racing against the likes of USA’s Jimmy Sills, Sleepy Trip and Dave Darland.