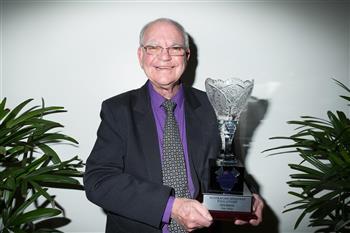 Sydney based journalist/photographer Peter White has been writing about Speedway for the past 50 years. He has produced - as a one-man band - the monthly newspaper Speedway World for over 30 years, which is Australia’s longest continuously running speedway publication. He also produces a Speedway Memories magazine, and has published a number of books on the sport including the Aussie Legends series.

Peter has also has managed speedway tracks both here and in England, and been a solo team manager for the Australian and New South Wales teams dating back to the 1960’s. He also raced Solos and Sidecars for five seasons, became a Motorcycling Australia referee, was track photographer at Parramatta for 5 years and has been a Speedway Star correspondent for 47 years. He never seeks the limelight, but gets the job done because of his love of the sport of speedway racing.