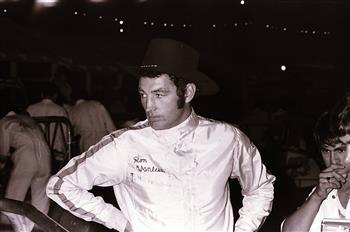 As both a driver and supporter of the sport, Ron Wanless has made a magnificent contribution to speedway in Australia. Starting in the full contact Stockcar grade where he won an Australian title, by the late 1960’s he was racing Speedcars and promoting the original Archerfield Speedway.

Ron tasted overseas success in both the USA and New Zealand. He bought the land for the current Archerfield Speedway in 1977 and opened the track in 1979. 1977 saw him win the Australian Speedcar title in Brisbane, defending the title in Perth a year later.

From 1979 to 1981 he promoted the world famous Sydney Showground track, and was the first to bring the likes of Steve Kinser, Doug Wolfgang and Rodney Combes to Australia. He retired from racing in 1984 to concentrate on his burgeoning scrap metal business, but continues to allow the Archerfield Speedway to continue even though the land would be far more valuable for development. He still regularly attends Archerfield events and is a true sporting icon of multiple sports, being active at one time or another in boxing, polo, trotting, drag racing and touring cars.